That is right, not only can Crazy Kris perform entertainment for all the family he is a keen love of old red nose him self, The Punch & Judy shows. Crazy Kris

perform's three yes three separate Punch & Judy Shows. Each one is slightly different from the other. So when he is booked the children like to watch all three shows as it has something different in each one. Each one might have new characters in or a different story!

Punch & Judy Shows date back to as far as1662 which has lots of slapstick comedy in it, this is why it has lasted so long and Crazy Kris has thrown some in some of his own up to date jokes and topics to make make it much funnier.

Crazy will come early and set up his Punch & Judy booth ready for the day of fun filled entertainment. He performs three different shows in the day so if they have seen any show they will want to see the others and will not be bored. Ones a small show, the next a traditional one and the last up to date with a spin on whats happening in the world today with topical gags.

Here are some of the various ways Crazy Kris performs Punch & Judy Shows;

Surprisingly enough instead of magic shows, Punch & Judy Shows can also make a lovely birthday treat. You can have the show first or last then followed by some great party games where the children can win various prizes. 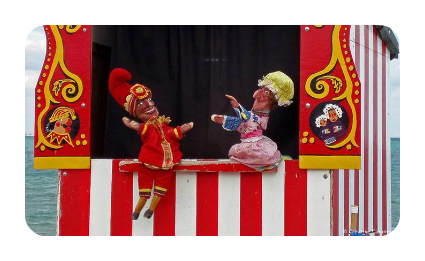 Crazy Kris performs all over the Northwest and Cheshire showing his Punch & Judy shows to all the family. Kris would set up at the venue out the way with speaker system set up and times saying how often the shows were and when the next one was. Kris' Punch & Judy Shows usually last from 15 minutes 25 minutes. At a small extra fee Crazy Kris can perform balloon modeling inbetween shows and if its a charity we usually take donations in a small bucket to raise money for the fesival or the charity that is involved.

Crazy Kris' Punch and Judy shows can come to your school! What a great way to treat your class and learn at the same time with all the fun and laugher thrown in!  Crazy Kris will do a talk which takes you on a journey through time of years ago with the history of Punch and Judy shows as you have never seen them before and where they came from. On the way there is a variety of puppetry styles and different ones. Kris' will demonste in a visual, funny and educational way for everyone to enjoy.

The educational talk ends in the 21st century with a show putting everything you have learned into context so you can see what has changed from when it started with the shows to this day and age. Not only will Kris educate the children with pupertry and history he will bring some of his puppet friends to do the talk with! 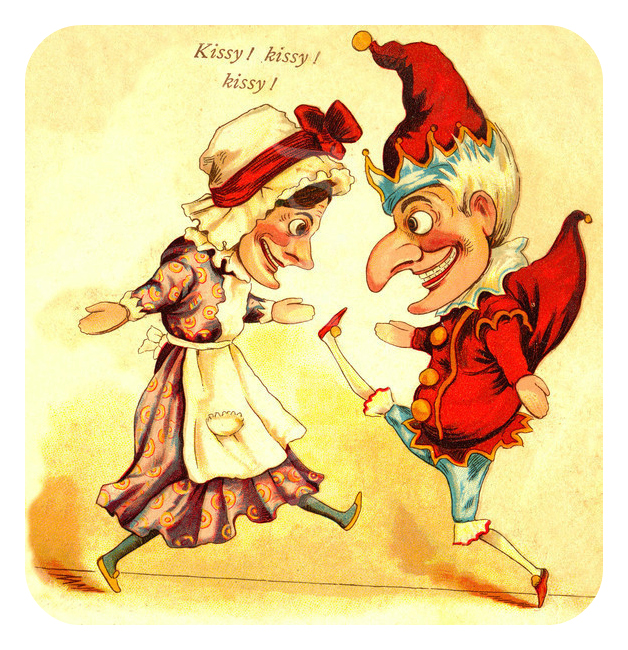 Christmas is always a great time to have shows put on for the children in schools and events when celebrating Christmas. These go down really well as rewards for the end of term time. Providing a Punch & Judy shows with Santa in them to get them in the mood for Christmas.

The good thing here Crazy Kris has a secret guest that comes to see Punch & Judy at Christmas to check on if they have been behaving! Some of the younger children in nursery's and primary schools love this show as Santa himself puts old red nose in his place.

If you’re interested in booking Crazy Kris the family entertainer for your Punch & Judy shows, feel free to have a no obligation chat by contacting Kris directly at bookings@crazykris.co.uk or telephone 07908 799 729